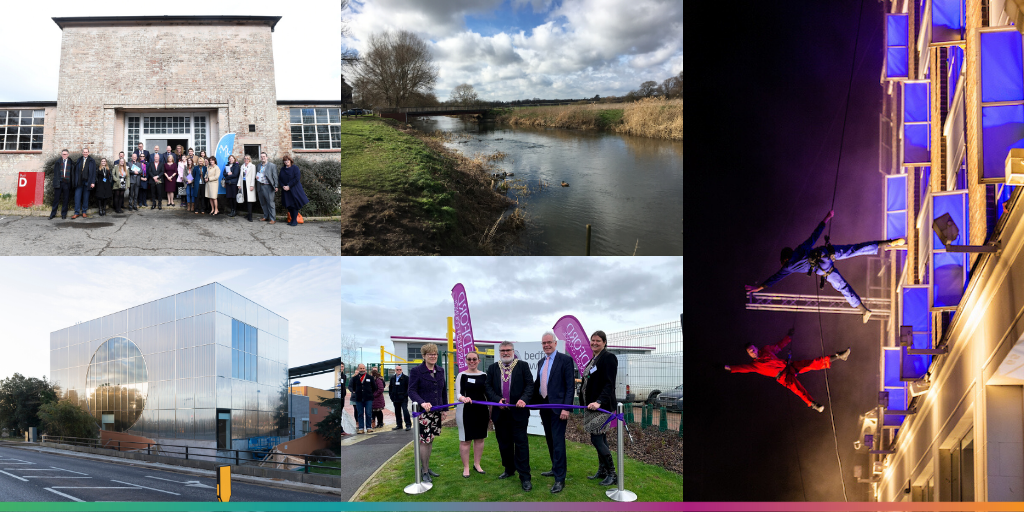 As I look back on my first year as Chair of SEMLEP it is the smiling faces of our many successful business people in our thriving area that I recall most vividly. One of my great pleasures is attending openings of key infrastructure projects SEMLEP has helped to fund.

Early in the year came the triumphant opening of the refurbished MK Gallery which has done so much to put Milton Keynes on the map.

I remember cycling the 60 odd miles to and from Wellingborough to see the impressive new development at Stanton Cross which is set to transform job and housing prospects in the town.

One of the most thrilling events came in Luton when the Hat Factory cultural centre was opened in spectacular style by a brilliant street theatre circus group who abseiled from the windows of the building, in a musical and dance homage to the history of hat making in Luton. And I’ve been back regularly to see how the Hat District is helping to spearhead economic and cultural revival in the heart of Luton.

And only a few weeks ago I was present for the ribbon cutting at the busy and buzzing new iWorks business park for small industrial businesses near Bedford. There, we also launched a new programme designed to support companies with high growth potential, and where I met the people behind Herotech8, a start-up who have designed an amazing self-piloting drone that can carry out security patrols unattended.

Those are brilliant projects, a handful among the many I have seen, that represent the investments SEMLEP has made in the past, under our brilliant CEO Hilary Chipping and my inspiring predecessor, Ann Limb.

But a really big part of my year has been thinking ahead, building on those achievements, and considering what kind of economy we want to create for the future. Two themes stick out for me – innovation and the environment.

On innovation, our colleges and universities are playing a key role in building the economy of the future – for instance through the approval of the plans for the South Central Institute for Technology at Bletchley and the innovation being pioneered in our universities, for instance Cranfield where their industry collaborations are leading in new energy technologies, airborne technologies and autonomous systems.

But it is in the area of sustainability that things feel like they have moved fastest in the past year. With local authorities declaring “climate emergencies” and the focus on the race to net zero from the government, SEMLEP has put sustainability centre stage.

At our AGM in November, we gathered an impressive range of speakers who explained how economic growth and sustainability can be made compatible. I learnt about the concept of “net zero” which requires new infrastructure projects to have no net negative impact on the environment. I wrote previously about our ideas about creating a “Green Arc”.

But “no negative impact” isn’t enough. Our local nature partnerships are proposing ambitious ideas for improving the quality of nature in our area.

To explore one of those ideas I took another cycling trip – this time along the route of the proposed MK-Bedford Waterway. What an exciting vision its proponents have of “blue and green infrastructure” – that’s water and trees to you and me.

As the government and local authorities consider the next stage in the building of the Oxford to Cambridge Arc, I am confident that the progress SEMLEP has made in developing the economy and our ideas for the future means we will play a critical part in building a future that is prosperous, innovative and sustainable. I look forward to playing my part in that.