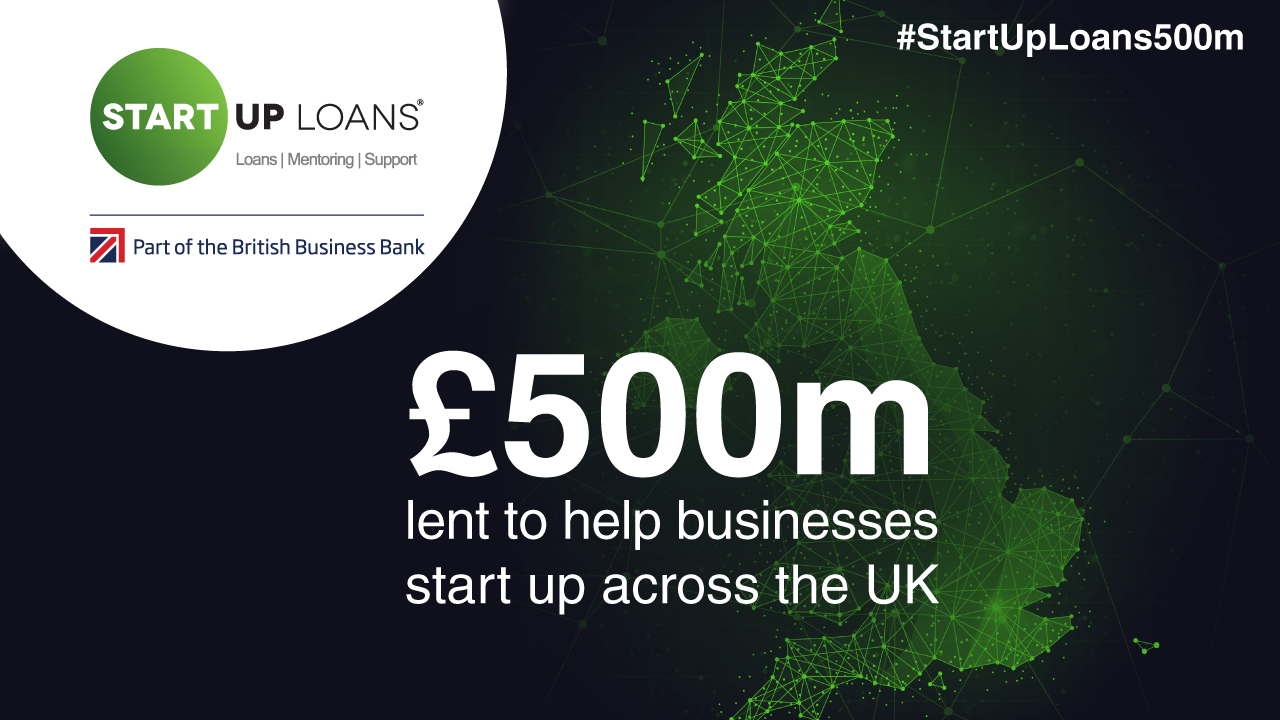 The British Business Bank’s Start Up Loans programme has lent £500 million to UK small businesses since it was set up in 2012, according to official figures published today.


New data from the Government-backed scheme shows it has issued a total of 63,920 loans to fund small business across the UK, with the average loan amounting to £7,823.

Of those who received a loan, almost two-fifths (39.3%) were women, one in five (22%) came from Black, Asian and Minority Ethnic communities (BAME), and more than a third (36.5%) were unemployed when they applied for the loan, reflecting the diversity of the UK start up community.

The Start Up Loans programme, part of the British Business Bank, has lent money and provided mentoring support to aspiring business owners in every part of the country and its impact has been particularly noticeable in areas of deprivation.

A Start Up Loans Heatmap, which goes live on Thursday 20 June, shows the regional breakdown of the £500m, and that the North West region was given the highest number of loans outside of London, receiving 7,841 loans worth £60 million. The South East follows with 5,680 loans worth £48 million followed by Yorkshire and The Humber with 5,377 loans worth £44 million. There were 3,879 loans in Scotland worth £29 million and 2,904 loans in Wales worth £26 million.

People supported by British Business Bank’s Start Up Loans have used the funding to set up businesses in a wide range of sectors. As well as finance, every loan recipient is offered a dedicated mentoring service and access to a free expert business mentor for 12 months to help them with every aspect of setting up a business.

They include a couple from Cumbria who opened Cut the Wrap!, a plastic-free supermarket; a father from Manchester who created Naturelly, a brand of healthy snacks for children; and a refugee who set up her own business making halloumi cheese in Yorkshire after fleeing Syria with her family.

Others include a woman in Scotland who set up Aberdeen’s first made-to-order grilled cheese sandwich shop after being made redundant twice in a year; a former marine biologist from North Shields who created an online business selling products made from seaweed; and a woman from Ulster who used the funding to turn a waste ground into a wildlife centre for children.

The Start Up Loans programme passed the £500m milestone after awarding a £25k loan to Mitch’s Kitchen, an online shop which delivers home-cooked frozen meals which are 100% vegan and free from gluten, nuts, palm oil and pesticides. Launched last November by Mitch Lee, 29, and his wife, Shirin, 28, from Fareham, Hampshire, the business is hoping to challenge the stereotype of ready-meals with its range of dishes including buckwheat jambalaya, rainbow sushi bowl and chocolate chilli.

“As a gluten-free vegan, I knew first-hand the challenges of finding healthy, delicious ready-meals. We’re absolutely delighted with how our meals have been received by our customers and we’re looking forward to expanding across the UK. We couldn’t have launched our business without the financial and mentoring support we received from Start Up Loans. Launching a business can be lonely and daunting, but we’ve felt supported every step of the way.”

“We’re absolutely delighted that we have supported so many fantastic small business owners from up and down the country. The hard work and determination of the UK’s 5.7 million small businesses make a huge contribution to society, and it’s great to see latest research showing that the economic benefits of the Start Up Loans programme are nearly six times its economic costs.

“We’re committed to helping small businesses prosper and grow and we look forward to supporting many more in the future.”

“This half a billion pound funding milestone is a great cause for celebration and a clear demonstration of our modern Industrial Strategy in action – supporting people to start and grow a business, creating good jobs and increasing the earning power of people throughout the UK.

“Small businesses are the backbone of our economy and I’m particularly pleased to see that so many women and entrepreneurs from black, Asian and ethnic minority backgrounds have benefited from this government-backed scheme. This record funding is backing the UK’s entrepreneurial spirit and enabling people across the country to follow their passions and start and grow a business.”

Breakdown of loans by region

Figures in this release are drawn from data on delivery of loans up to 15 May 2019, when the programme passed the £500m mark.

The Evaluation of Start Up Loans: Year 3 Report is available on the British Business Bank website.