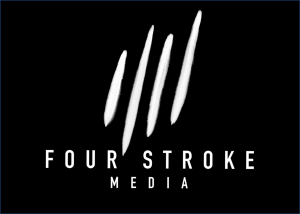 When young entrepreneur James Johnson came to the rescue of a woman with a flat tyre while house-hunting in Northamptonshire, little did he know that a chance conversation with her husband would pave the way for the vital business support he needed to grow his fledgling company.

Business and management graduate James had originally set his sights on flying high by becoming a commercial airline pilot but, inspired by his involvement in filming a behind-the-scenes YouTube video while on placement at Heathrow Airport, he decided to take-off on his own and set up a company managing online content creators.

Four Stroke Media was quickly established, targeting traditionally male-dominated sectors such as motoring and aviation and using a network of influencers to create bespoke marketing content for brands.

James’ interest in cars ensured he had a tyre pump in his boot when he came across the stricken motorist, whose husband worked for SEMLEP. The pair got chatting and Four Stroke was soon benefitting from the insight and expertise provided by the Growth Hub business advisors.

He said: “We’ve been going three years now but I only went full-time with it in June 2021. I’ve taken on three staff and we’re growing nicely. The help and support I have had from SEMLEP has been invaluable. The Growth Curve programme in particular has helped to give me structure and a greater sense of strategy. It’s smoothed our transition from purely managing content creators to having clients who pay us to run a campaign for them using our network of talent.”

“As a start-up so much of your focus can be on getting the clients in that it’s easy to forget to put the fundamentals in place that will look after those clients. The support from SEMLEP has put me on the right track, setting goals and mapping out how I can go about achieving them. Running a business you are very much in the day-to-day of it all, you don’t see things as an outsider, so it’s really helpful to get that external viewpoint.”

Four Stroke, a forward-thinking company that works completely remotely, is well placed to embark on a period of further growth, with a growing network of influencers across a wide range of sectors.

For James, who already has experience of the corporate world having worked in the business acquisition team at Apple while still a student, it is an opportunity to make the most of his skills at relationship-building and generating new customers.

He added: “Our values are all about treating people well. It’s something I picked up from Apple. If you treat people the right way they will look after the company for you. I want to be honest and transparent and show people empathy, not just staff but clients too.”

With 600 per cent year-on-year growth already in the bag, and a highly engaged audience eagerly awaiting the next YouTube video or TikTok upload, it certainly looks like a busy period ahead for Four Stroke Media.