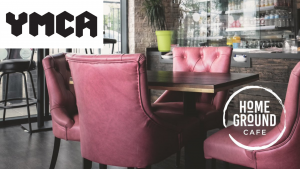 With the second highest rate of homelessness in the South East, and a particular issue with youth homelessness, Milton Keynes found itself in urgent need of a new facility to help some of the most vulnerable members of society.

YMCA Milton Keynes had so many people turning up at their doors they were unable to help and they desperately needed a new purpose-built facility.

Having been urged to contact SEMLEP for help and guidance, the YMCA shaped plans for a new £18m facility in Central Milton Keynes and received £767,202 from the Local Growth Fund to open a new space containing a café, nursery and conference rooms.

Amanda Saville, Fundraising Manager for YMCA MK, said: “The new building was designed to allow us to significantly increase our housing capacity and support services as well as designing a range of social enterprises to generate a sustainable income to help fund our programmes.

“The funding we received helped make this a reality and our café, HomeGround, has been a huge success – helping a number of young people get into employment.

“It has proven an invaluable stepping-stone for many of our residents who often come here with mental health issues but go on to get jobs for themselves elsewhere, including one young man who hopes to go on to work for the Probation Service.”

As the pandemic hit, just days after the new campus opened, plans were thrown into chaos, but further support from SEMLEP has seen the YMCA navigate potentially choppy waters to embark on an exciting new plan for further development.

A £50,000 Recovery and Resilience grant, funded by the Government’s Getting Building Fund, has been approved which will see the opening of a new Youth Hub – open to young people across Milton Keynes and acting as a helping hand to get them into employment.

Amanda added: “Originally we were going to rent it out to shops but the success of HomeGround has shown us the potential to do something with it ourselves that will benefit our residents and the wider MK community.

“The SEMLEP team have been superb throughout, really approachable, friendly and down to earth. They have been so understanding of the implications of COVID and I’d thoroughly recommend them to anyone.

“The funding has been transformational, allowing us to do things we’d never have done before. They have always been there to help us and we are excited to see where it takes us and to feel the impact it will have on the community here in Milton Keynes.”