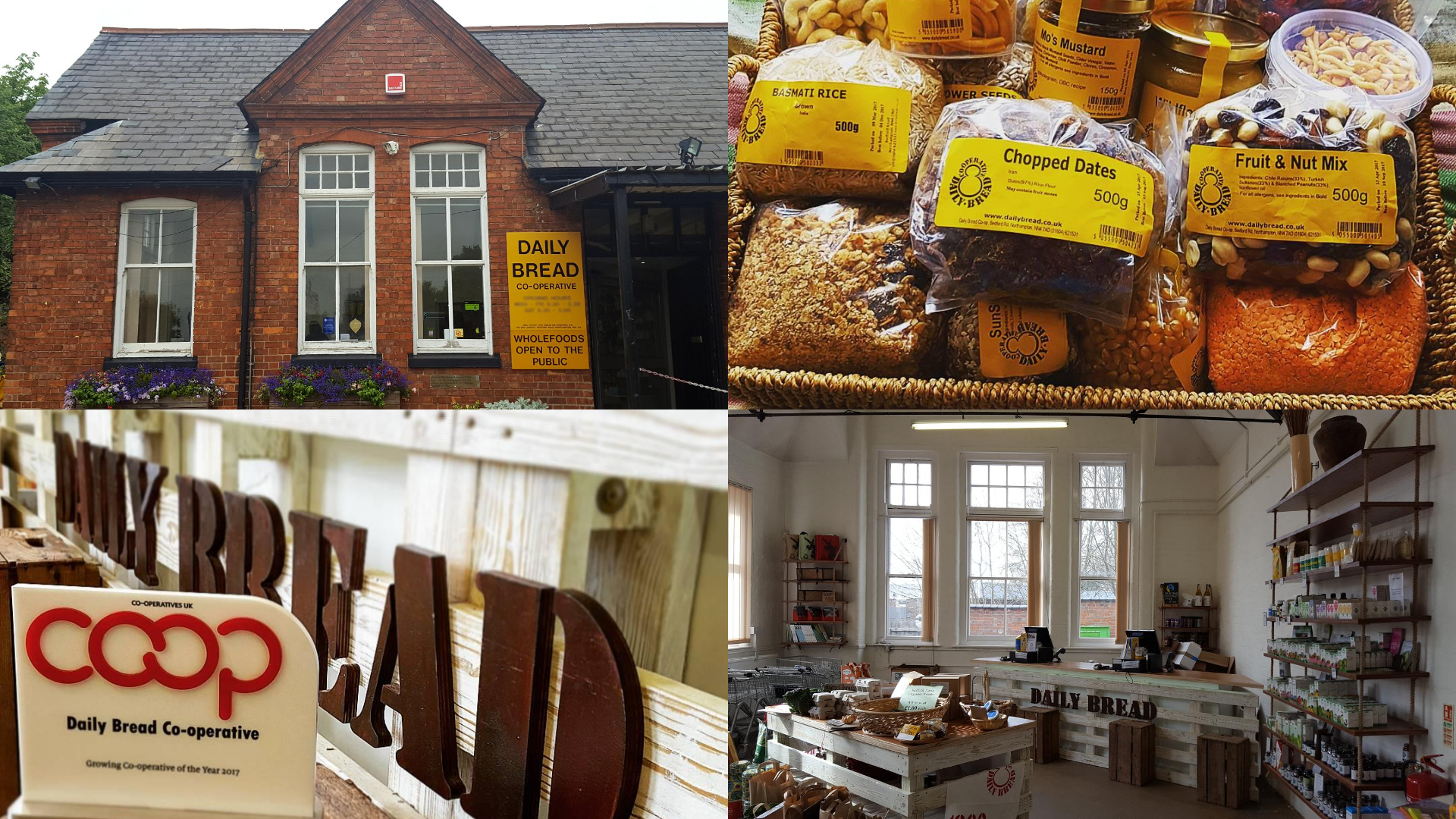 Northampton’s much-loved wholefood retailer Daily Bread may have had to put last month’s ruby anniversary party on hold because of COVID-19, but it still has plenty of reasons to celebrate, thanks to an amazing partnership with another of the county’s iconic firms!

When the surge for bread and cake-making ingredients hit at the start of lockdown, it turned to fellow Weetabix Northamptonshire Food and Drink Awards sponsor Heygates Flour and Animal Feed to ensure that its supply of plain and self-raising kept flowing to meet the needs of those Paul Hollywoods and Mary Berrys who emerged from the crisis!

Indeed, over the four months from March to June, Daily Bread saw demand for its bread flours alone more than double to almost six tonnes, and that was met largely by a constant supply of sacks delivered by the Bugbrooke-based millers, which were then packed into manageable retail bags.

Taking a well-earned break from what has been one of their busiest periods ever, the co-operative’s longest serving Member of thirty-three years, John Clarke, says the irony of their slightly misleading name is not lost on him: “ It is funny to think that we have never sold a Daily Bread ready-made loaf in our entire forty year history, so I’m really glad to think that, when our customers found their usual supply was limited, and they turned to baking their own, we were able to help when they needed us!” explained John.

“Indeed, at one point the entire county must have smelled of freshly baked bread because our yeast sales also increased tenfold and, again, when we were unable to source pre-packed supplies, we bought in bulk and dispensed into smaller quantities.

“Overall we have seen our online and ‘phone sales for both delivery and collection more than double and so we’re incredibly grateful to Heygates and to our other local producers and suppliers for keeping us in stock and now that we’re getting back towards our pre-outbreak opening times, we look forward to safely welcoming back those customers who wish to return to the shop, who will thankfully see our shelves packed with all of their favourite goodies” added John.

Daily Bread has been a firm favourite with the county during its forty years of trading while its popular online business sees it receive orders from right across the UK.

Its wholefood offering makes up the core of its sales, while its 4500-strong product range also offers a host of environmentally-friendly cleaning products as well as herbal remedies, cruelty free body care, and cosmetics.

In 2017 it was named ‘Growing Co-operative of the Year’ in the ‘Co-op of the Year Awards’ after beating two other shortlisted finalists in an online vote.

In 2018 it became the sponsor of the ‘Artisan Local Vegetarian / Vegan Product of the Year’ category in the Weetabix Northamptonshire Food and Drink Awards, further demonstrating its support for the county’s producers whose tasty treats it has stocked for more than a decade.

Despite postponing its fortieth-anniversary celebrations, owing to lockdown, plans for a ‘40+1’ party in 2021 are already underway.

Meanwhile the shop, based on Northampton’s Bedford Road, has recently extend its hours and is now open from 9am to 1pm and 2pm to 5pm, Monday to Saturday, while orders can also be placed via its website – www.dailybread.co.uk

Finally, for more details of the Weetabix Northamptonshire Food and Drink Awards 2020/21, including downloading entry and nomination forms in the twelve categories in this year’s competition, please visit the Awards’ website – www.northamptonshirefoodanddrink.co.uk or call Rachel Mallows on 01933 664437 or email [email protected]

Any cookies that may not be particularly necessary for the website to function and is used specifically to collect user personal data via analytics, ads, other embedded contents are termed as non-necessary cookies. It is mandatory to procure user consent prior to running these cookies on your website.