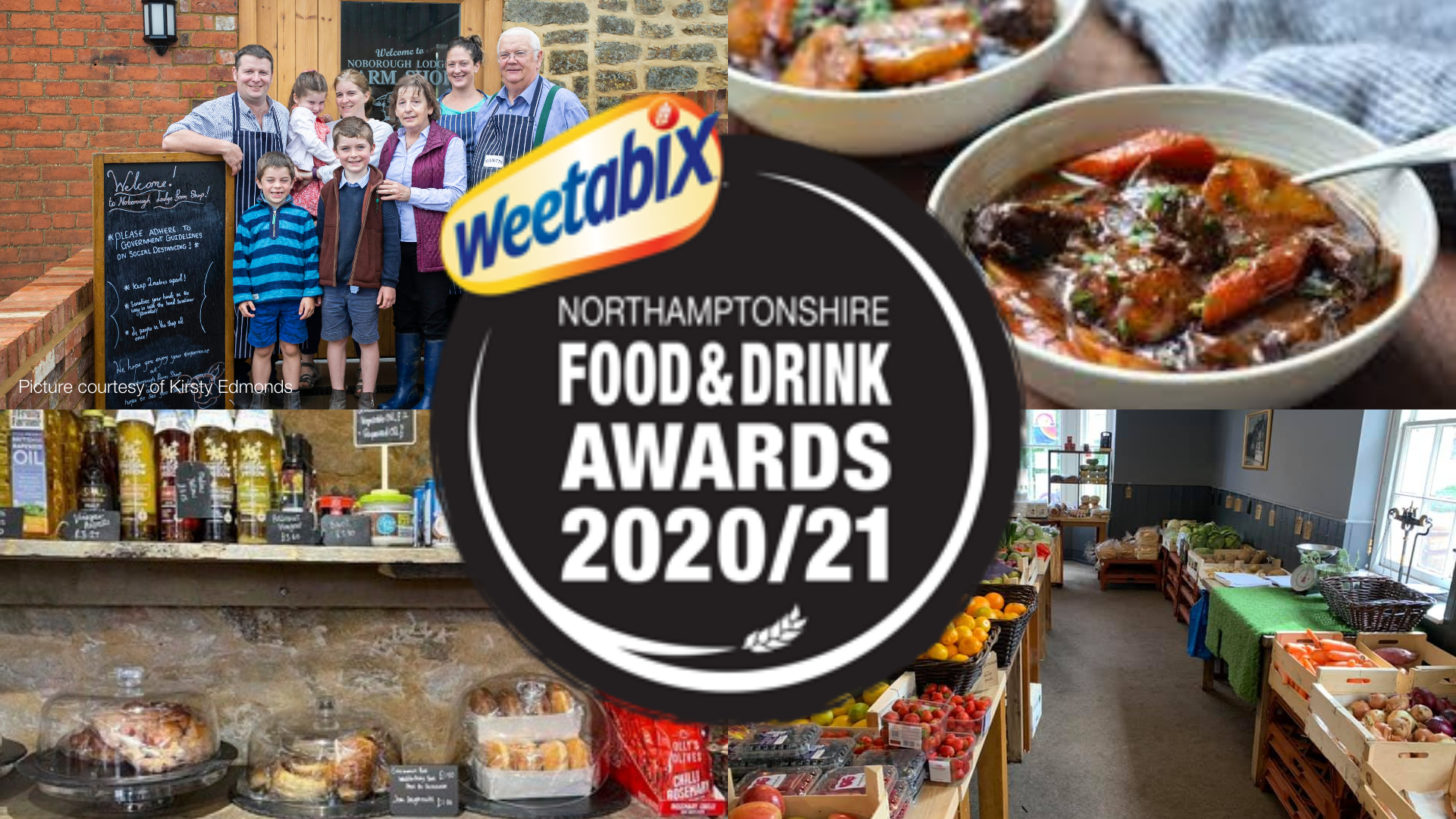 Food heroes doing what they do best

While a New Year is traditionally associated with hopes of a fresh start, the announcement of a third lockdown just four days into last month meant that the county’s food and drink sector had little reason to toast the arrival of 2021.

But just as they had demonstrated through the struggles of the previous nine months, resilience, endurance and creativity have been key to their survival – and success – and some of our finest food firms are once more calling upon those attributes to meet the ongoing challenges head on.

So it is for the four amazing businesses named as finalists in the ‘Local Food Hero of the Year’ category (sponsored by Northampton College) in the Weetabix Northamptonshire Food and Drink Awards, which, having come to the rescue of their local communities throughout last year’s restrictions, are at it again!

And now, with the ‘second course’ of Awards announcement taking place in a virtual online celebration next Tuesday, 23rd February, the quartet have just days to wait to discover if a Gold, Silver or Bronze is their reward.

The first is Hamm Tun Fine Foods Deli at Long Buckby, who are continuing not only their online store, supplying a wealth of delicious Northamptonshire goodies (including their own award-winning cheese) to customers, but also their free shopping delivery service to those who are elderly, vulnerable or isolating, even collecting items from the pharmacy and other shops in the village when needed.

In addition, co-owner Rachael Bradshaw sets her alarm clock for a very early start every Friday to produce her much-vaunted hot pots, which act as a warming boost for those missing the fare usually provided by the village’s currently closed pubs.

It’s clear that Rachael is committed to supporting her local community, even forgoing her only holiday of the year to remain open: “We normally close for a fortnight in January to take a bit of a break and to re-decorate, but with another lockdown upon us, we just didn’t feel we could that this year as we know how vital we are to our loyal customers” explained Rachel.

“Of course I missed the burst of sunshine and the feeling of sand between my toes but their heartfelt appreciation helps to make the long hours worthwhile and being in the reckoning for such a prestigious title is really the icing on the cake!” she added.

Meanwhile, with the third enforced closure of its restaurant, not to mention its own shutdown due to a kitchen fire last summer, The Fox and Hounds at Whittlebury has also shown that diversification is key, swapping its in-house dining offering for a takeaway collection and delivery service Wednesdays to Saturdays, as well as dedicating part of the pub to act as a shop, again crammed with local produce.

Alongside his furloughed team, who have generously volunteered their time throughout the pandemic, General Manager, Robert South, says that the switch has not only helped them to develop an extended customer base but also kept them all out mischief: “Throughout last year it was great to see old and new faces alike coming in to support us, and lockdown three is proving to be no exception” revealed Robert.

“I’ve also learned that being in charge of a pub is child’s play compared with running a shop – yet another reason why we can’t wait for all this chaos to be over!” he grinned.

Similarly, The Plough at Shutlanger, which was co-winner of the ‘Booker Food Pub of Year’ category in the 2019/20 Awards, is hoping to add the ‘Local Food Hero’ title to its list of accolades, following its nomination which commended its Thursday to Sunday takeaway service, thereby ensuring its award-winning dishes could still be enjoyed at home, and its impromptu community grocery store.

Indeed, the pub has taken that latter project further, having converted one of its outbuildings to last month open The Plough Barn Shop, selling everything from fresh bread to baked goods, locally-sourced jams, chutneys, cheese and of course wine, for whose list the venue is renowned!

Finally, finalist number four is the Elliott family, the team behind Noborough Lodge Farm Shop between the A5 and Norton near Daventry, which, remarkably, opened at the height of the pandemic last summer.

The family business is based on the foundations of provenance, traceability, short supply chain and reducing food miles and by rearing and butchering their own animals, supplying eggs from their flocks of hens and ducks, offering additional items from local producers and suppliers, as well as extending their opening hours and launching a free delivery service for the most vulnerable, it’s hardly surprising that that their nominator described them as the ‘lifeblood of the community’.

To read more about the four finalists’ remarkable efforts, please visit their respective Facebook pages, while to discover which will receive Gold, Silver or Bronze, alongside those finalists in the ‘Chef of the Year’ (sponsored by Dawn Farms) and ‘Booker Young Chef of the Year’ (sponsored by Booker) categories, you can follow the live streaming of the ‘second course’ of Awards results at 7pm on Tuesday 23rd February by visiting www.youtube.com and searching for #WNFAD20.

For the full list of the ‘first course’ results announced in November and of the remaining category finalists, or for more information on the Weetabix Northamptonshire Food and Drink Awards 2020/21, please visit www.northamptonshirefoodanddrink.co.uk or call Rachel Mallows on 01933 664437 or email [email protected]