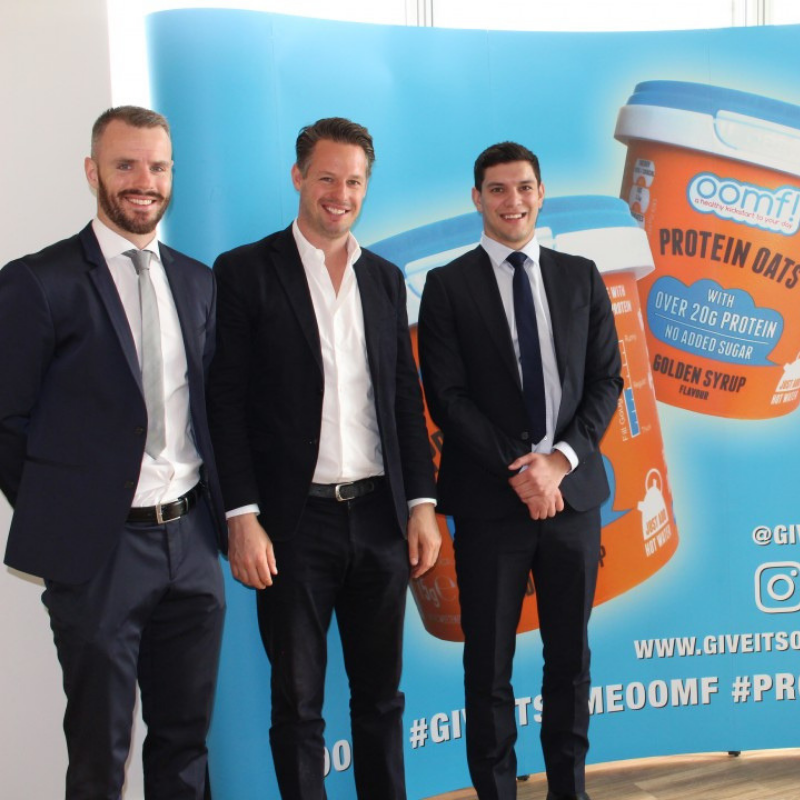 Originally based in Dorset, Oomf recently opened a new manufacturing site in Northampton, hiring staff from the area.

The firm was founded by two brothers, Andrew and Robert Sweeney, who have backgrounds in finance and in sport science and nutrition respectively.

The investment will be used to buy equipment for the relocation to Northampton, to scale the business pending the outcome of advanced talks with other major supermarket chains and to expand the sales and marketing function based in the region.

Oomf co-founder, Andrew Sweeney, said: “These are exciting times and we are delighted to have Foresight’s backing through the MEIF. With its investment, we can upscale the business in our new East Midlands manufacturing base which is an ideal location for further expansion of the business into new retailers based across the UK.”

Jordan Lavender, Investment Analyst at Foresight Group, said: “We are delighted to be working with Oomf and in doing so bringing a vibrant, early-stage company to the East Midlands.

“As a result of the investment, the company has been able to create more jobs for the area whilst taking advantage of a central base in the region to facilitate more cost-effective distribution. In addition, we are pleased to be supporting a company that is passionately promoting a more healthy lifestyle.”

“It is good to see that MEIF investment is supporting Oomf in the next stage of its growth journey.”

Vicky Hlomuka, SEMLEP’s Growth Hub Manager, said: “It is important that innovative businesses, like Oomf, are able to access suitable finance to help them scale up and open new manufacturing facilities in the area. That is a key driver for SEMLEP and MEIF and it is great to see it having a positive impact in the area.”