After working for many different organisations, and learning lots of lessons about the best ways to run a business, Simon Philp decided to start his own. In 2011, he established TEC Fire & Security, supplying and installing security systems and fire alarm systems in educational and commercial properties within a 30-mile radius of Bedford.

Business was going well, but Simon began to feel like the company was becoming stuck in a rut, and wasn’t experiencing the growth it required. 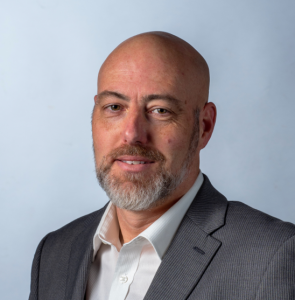 Simon did some research to see what help was available for businesses. He came across SEMLEP’s Growth Hub and the Growth Curve programme.

After filling in an online form someone quickly got in touch, and soon afterwards he met Gordon Sparke, one of SEMLEP’s High Growth Business Advisers. Together they discussed Simon’s business and his aspirations for it, and conducted a thorough SWOT analysis. That was just the beginning.

As part of the Growth Curve programme, Simon attended business masterclasses at the University of Bedfordshire in Luton.

“The masterclass was really good. It’s just nice to be able to sit down with other businesses and see what challenges they’re facing. The content was very good, and all oriented around growing your business.”

He also completed a finance course, which included a section on how to apply for external funding. This led Simon to apply for a Growth Curve capital grant, which he received on the condition that he use it to purchase an office unit. One year later, TEC Fire & Security have purchased and moved into new premises in Marston Moretaine.

This proved to be a major step, and not just a practical one, but a psychological one too:

“You tend to think in terms of your surroundings. We were only in a very tiny office, and it’s hard to visualise your business growing, and having other people join you, when you can literally put your hands out and touch the walls on either side.”

Moving into a new office gave them the space they needed, both physically and psychologically. Simon was inspired to grow the business, and since moving in, they have employed an additional technician and taken on a marketing graduate from the University of Bedfordshire.

How would you describe your Growth Curve experience?

“The experience was really good. What was really encouraging was that when Gordon came in, we wrote down a plan of action for 12 months based on what we’d identified through the SWOT analysis. When he came back 12 months later, we found that apart from completing the new office move, we’d ticked everything off the list, and we were moving on to other things.”

For Simon, one of the main benefits was the huge boost in motivation that he received from taking part in the programme, helping him to get things moving more quickly than they would have otherwise.